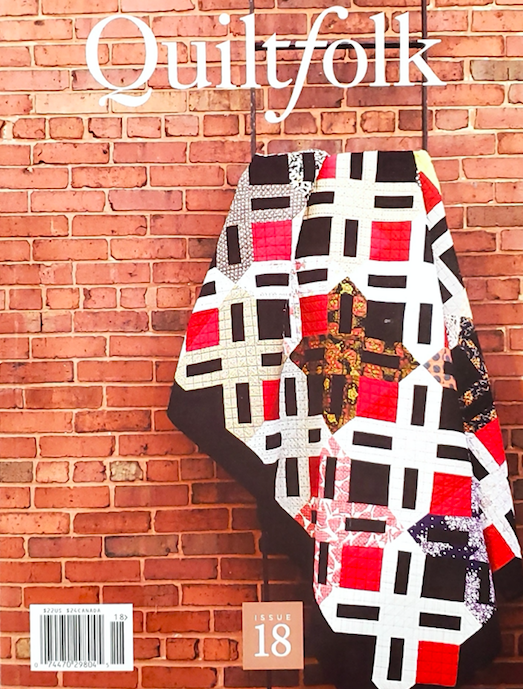 quiltfolk 18
We’ll give you one guess: Which state is the nation’s leading producer of corn, soybeans, and pumpkins? If you guessed “Illinois,” you’re right — and if you knew the answer, you might be a Midwesterner.

Often referred to as “The Prairie State,” Illinois’s 57,000 square miles are carpeted with lush farmlands, quiet forests, and rolling hills. You’ll encounter shimmering bodies of water, including Lake Michigan, the largest of the Great Lakes and a stunning backdrop to one of the world’s most famous cities: Chicago. In 1818, Illinois’s fascinating history as the 21st state in the union began. The great Abraham Lincoln and his family chose to live in picturesque Springfield for nearly two decades until he was elected the 16th US president in 1860.

Lincoln is in good company. Quite a few notable people were born in Illinois, including Ronald Reagan, Walt Disney, Hillary Clinton, Robin Williams, Michelle Obama, and Harrison Ford — and a rather famous superhero originated here too.

Illinois is culturally “super” as well, and not only within Chicago’s city limits. There are hiking trails, art museums, and historic buildings to explore throughout the state; noteworthy architecture and intricate murals can be found in many charming small towns, accessible off the scenic highways or country roads.

There are so many talented quilters to meet in “The Prairie State.” We hope you enjoy the wonderful, wintry tour of Illinois within the pages of Issue 18.