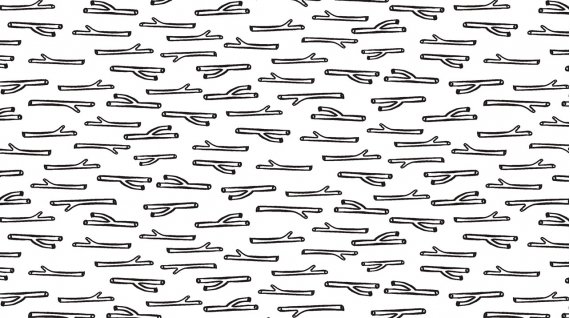 A note from Surya and Daveâ€¦ Did you know that babies develop in so many ways during their first five years that it dwarfs everything they learn over the rest of their lives? Neither did we. Until 2002, when we had our son Sid and read everything we could get our hands on about babiesâ€™ development. Thatâ€™s when we discovered, among other things, these fascinating gemsâ€¦ â€¢ newborns can only see as far as 12 to 15 inches away (around the length of your forearm and hand) â€¢ they are most taken with their parentsâ€™ faces â€¢ they are drawn to simple but repeating geometric shapes in black and white â€¢ which is great, because high-contrast visual patterns promote infant brain development â€¢ at around 1 year of age, they begin to recognize animal forms, later calling them by name As a graphic designer (Surya) and teacher (Dave), we were fascinated by the idea of helping our babyâ€™s brain develop by literally playing with visuals. But instead of just drawing black lines on a piece of paper, we created a planet of animals, which continued to entertain Siddu as he got older.